I had spent the day seeing patients this past Sunday and was in a vehicle on my way home. As we drove by a bus-stop, I looked at people’s faces and my heart felt sad and my eyes clouded over. Don’t we deserve a break?

Life in Nigeria has become very tough, for majority of the people. I can categorically say that the Middle Class has been annihilated. We only have the rich and the poor. Even the rich cannot enjoy their money because of the eagle eyes of the new government, eager to prosecute looters of the Public Treasury.

This is the analogy of Nigeria I have in mind:

A woman is given a couple of Naira by her husband to procure foodstuff to make meals for the family. This was the first time in months of scraping to get by. Elated, she hurried to an open market some distance away with her child strapped to her back. After she went round to settle her debts, she returned home to make a variety of meals and set them aside in the earthenware pots to cool. She had stretched the money as far as it could go and was satisfied with the outcome. They had enough food to last them a fortnight.

While she hung the second-hand clothes she bought for her older children to dry, she heard some commotion in the house and dashed to check it out. To her dismay, her infant (previously asleep) was now awake and with the help of their only goat, had broken the clay pots and eaten/spilled all of the food. The poor woman stood rooted in the doorway with pain on her face, unable to do what her heart was inclined to: sit down in the middle of the mess and wail. She could not afford that luxury. She had to clean up the mess and decide what to tell her older children and husband when they returned home hungry. Again.

This is the image I have of Nigeria at the moment. Our President is making a lot of effort but we want to see magic! We are hungry and do not want to hear how the previous administration is responsible. Indeed, we all suffering – both the rich and poor alike.

I had a patient that Sunday who said: The rain that beats everybody is not a bad rain. He said this after telling me to check his blood pressure because his landlord was the first person on their doorstep that day, demanding that they moved out of his house because they were behind on their rent by a mere 6 weeks when tenants typically owe several months of rent.

I disagreed with him but did not say so. This was a bad rain, flogging everyone mercilessly. Lawyers, doctors, teachers, business-owners, cab drivers, even beggars are not immune from the economic downturn in Nigeria following our undiversified economy, plummeting oil prices, pillaged public coffers, and chronic poor governance.

Thinking deeper about that saying though, I found myself beginning to agree. With this rain, we are becoming more understanding, more tolerant, more introspective. We are beginning to realise that when the sharing of the National Cake was going on, tribe and religion did not matter so it should not matter now. We now know that we are all in this together and gradually, we are coming to see that ‘the enemy of my enemy is my friend.’ Even the landlord who was threatening to evict my patient tried to make him see reason that he had a genuine need for the money. His company owes him millions and cannot afford to pay him now.

He is not alone. Many civil servants are owed months of salaries. They have accrued debts so large they fear they may die bankrupt. Private companies also owe their employees at the moment. Big companies like Shell Nigeria are planning to lay off about 100,000 of their workers while a number of companies have already beat them to it by downsizing their workforce. Pensioners are dying without receiving their due. Senior citizens are following in their steps as their children cannot afford their healthcare.

You see, the entirety of the Nigerian economy fed off the Oil wealth. As the politicians shared their loot, some of it trickled down to the masses. They were acquiring land and building property. They were investing in businesses and building companies; employing citizens and sharing their largesse. Some of these thieves justified their stealing by sponsoring their wards’ education. They employed a lot of domestic and official staff, many without a clear job description. They were disposing of their barely-used belongings and buying new possessions. Money was leaking everywhere and the mosquitoes were feeding fat on it.

Now that the party has come to an end with the dwindling Oil Money and new thrifty government, the wailing is loud. Nigerians are striving to be patient but I wonder how much more we can take with new policies like the increased electricity tariff, increased cost of Kerosene and the banning of small generators.

As we drove by that Sunday, I felt we needed a break – a big break. Nigeria should win the World Cup or the Olympics. We cannot all win the lottery but I wish something positive would happen, anything really….I just want to see a smile on everyone’s face and the relief that there was truly hope; that everything will be alright, eventually. 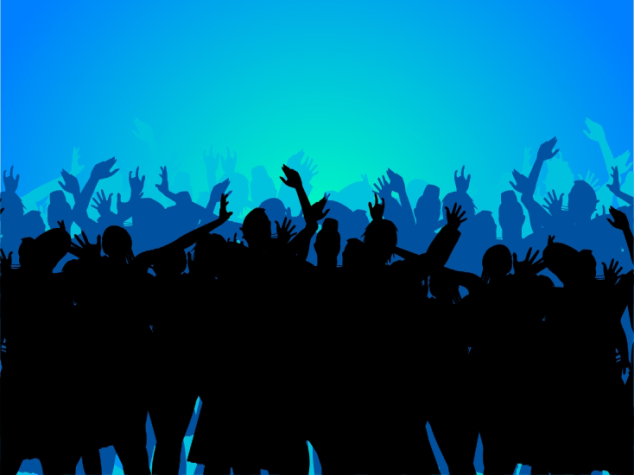