Men are different from women; but should one be treated better than the other or should we be treated the same; hence the debate about equity versus equality. 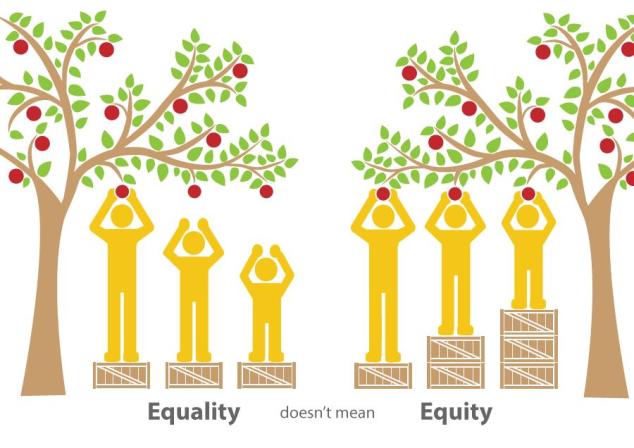 I have observed the recent trend in homes because of the worsening economy. I cannot comment on other parts of the world but for Nigeria, an increasing number of women are entering the workforce and this is affecting marriages. The world has been beaming the spotlight on women since the Beijing Conference of 1995 to ensure gender equality. More girls are being educated, more girls are getting scholarships to college, more women are getting jobs, more women are becoming the breadwinners, more women are becoming more vocal about their rights, many are struggling to get married and fewer are staying so.

It is a wonderful thing educating a woman, empowering her and informing her of her rights but while we do this, we are beginning to neglect the boys. A woman is more likely to shelve her degree (in Nigeria) and learn a trade to make ends meet that an educated man would. He is more likely to dust his CV, type out more applications and wait to be called for interviews.

From the get-go, girls are taught to be more industrious, more resilient and more focused than boys are. Responsibilities are quickly piled on the head of the first born if she’s a female. She is expected to learn house chores, show manners and respect, fend for herself and her younger ones, prepare meals, protect her virginity and excel in school. More often than not, it is alright for the boys to simply excel at school.

By the time these girls are through with tertiary education, they are piling on the postgraduate degrees and amassing skills in the workplace. If jobs (and suitable men) are not forthcoming, they are learning to become self-employed by sales of wares, or learning a skill or two like make-up artistry, hair styling, fashion designing etc. When Cupid shoots his arrow, they contribute meaningfully to the wedding and eventually, the family upkeep. Soon, the dark clouds begin to drift toward the new home. Husband is laid off, or resigns because he cannot stand his boss then wifey steps in to juggle all the balls. Husband marvels at his wonder woman for a while then resentment kicks in as he no longer feels needed. From then on, everything goes downhill fast, unless Allah steps in.

As I said, female education is a wonderful initiative to balance out the disproportion of literacy between men and women but while we aid the women, the boys are becoming weak and cannot handle the empowered women. In an era of raising Khadijas and Aishas, we are neglecting to raise Muhammads. Educated and successful women are written off as arrogant. It takes Allah’s Grace for a wise woman to remain humble under such circumstances but even her humility may be misconstrued for stupidity. In this part of the world, the man is king; he is the boss and used to getting things done his way. Wifey would not remain subservient to a petulant brat for long.

Balance is very important in nature: Night and Day, The food web, the seasons, life and death. The man provides, the woman nurtures. The man is the head of the home. When that balance tilts, it rarely bodes well.